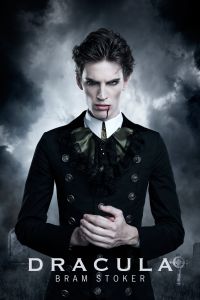 When Count Dracula departs Transylvania on a Russian ship, crew members begin to mysteriously disappear. After the ship docks, and more people are attacked, rumours of a monster quickly spread. When Abraham Van Helsing is asked to intervene, Dracula meets his match. On his quest to find Dracula, Van Helsing is forced to hunt newly made vampires, using a cross, garlic, and a wooden steak as weapons. But tracking down Dracula will prove to be harder, and more dangerous that Van Helsing could have ever imagined. Bram Stoker named Count Dracula after the 15th century Romanian king, Vlad III. His father, Vlad II was given the surname Dracul in 1431 after being inducted into the Order of the Dragon. Dracula literally means ‘Son of Dracul’. Vlad III was also know as Vlad the Impaler for killing nearly 100,000 people with wooden stakes. In the novel, Stoker twice alludes to Count Dracula being the very same Vlad III of Romania.

Abraham "Bram" Stoker (8 November 1847 – 20 April 1912) was an Irish novelist and short story writer best known today for his 1897 Gothic novel, Dracula. During his lifetime, he was better known as personal assistant of actor Henry Irving and business manager of the Lyceum Theatre in London, which Irving owned.